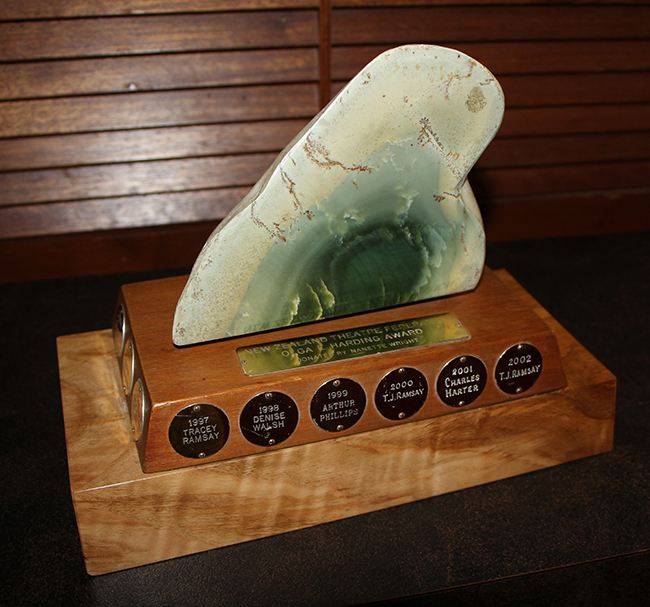 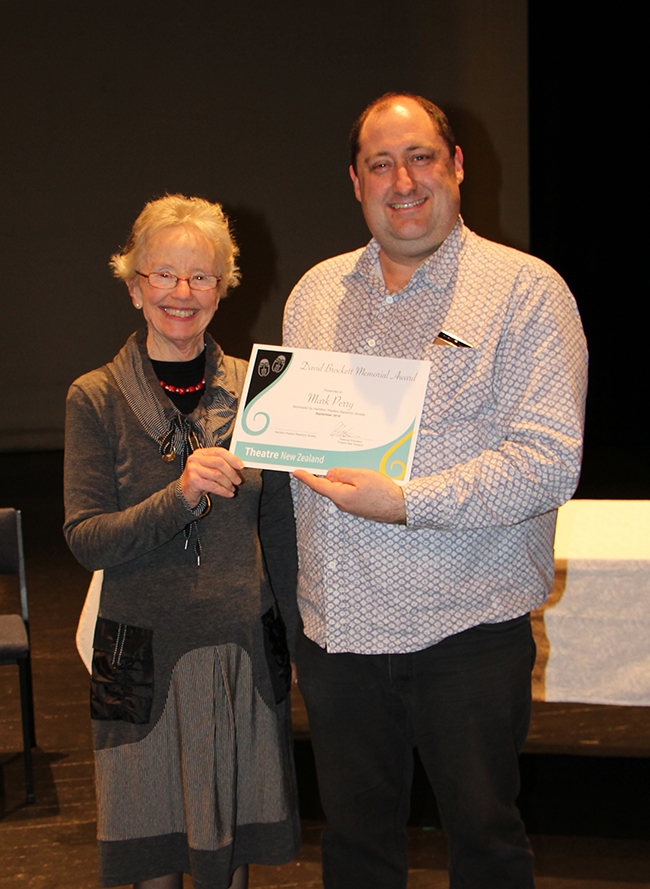 The David Brockett Award for Backstage Achievement was received by Mark Perry from Hamilton Playbox, presented by Margaret Robertson. 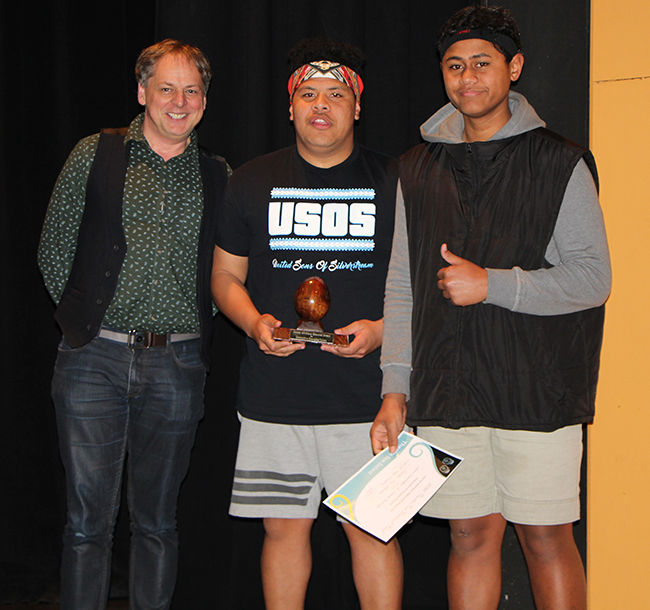 Albert Latailakepa and Manase Taulanga with the Jannat Aitchison Memorial Award for Distinctve Emerging Talent for their parts in "Brown All Around", presented by Steven Arnold. 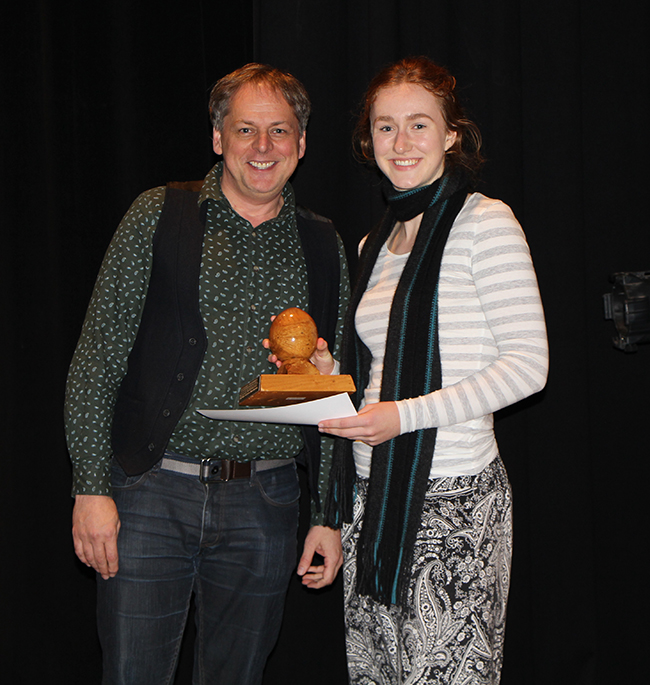 Bianca Kirk with her Jannat Aitchison Memorial Award for Distinctive Emerging Talent with Steven Arnold.  She played the part of Isabella in the Havelock North High School production of "Measure for Measure". 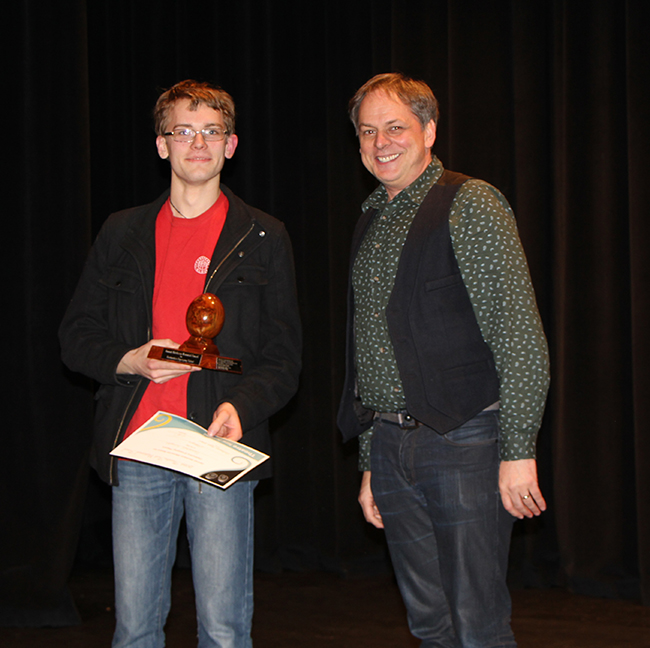 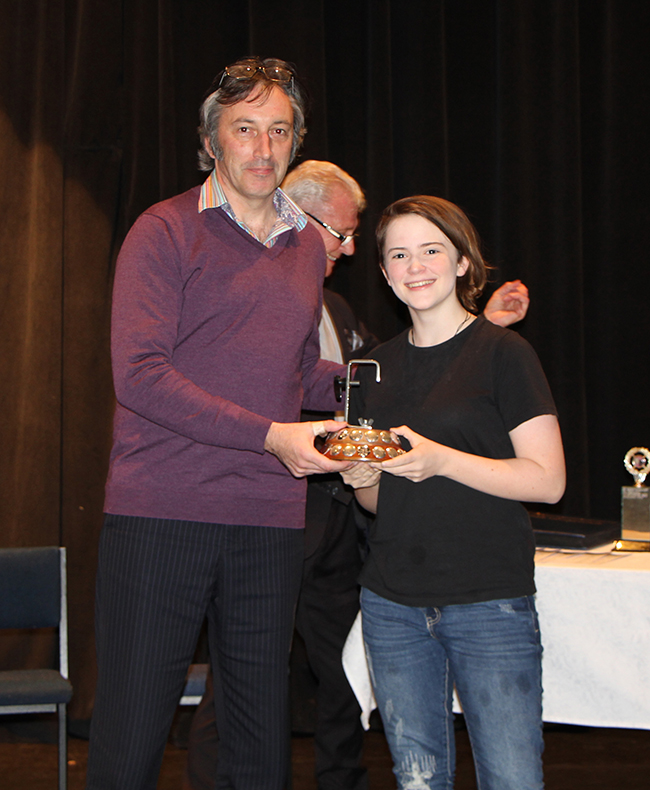 Phil Peleton, Adjudicator presents the Selecon Design/Technical Award to Molly Power, who played the part of Jester, in the production of "Measure for Measure" by William Shakespeare. 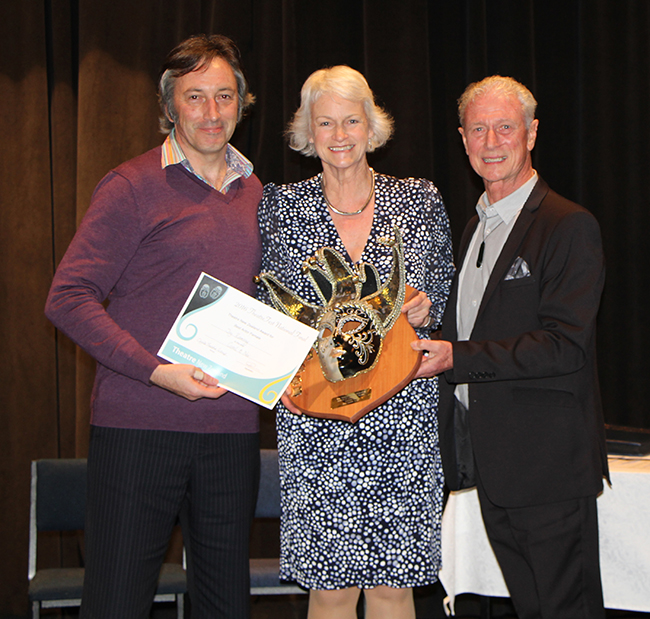 Theatre New Zealand Award for Best Actor Female was won by Joy Ramsay for her role as Carol in "Carol & Nev" by Phil Ormsby, presented by Phil Peleton with Bryan Aitken. 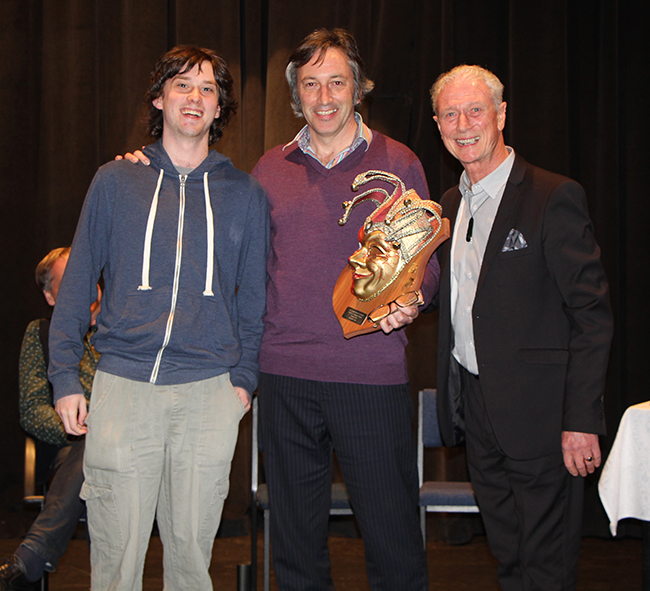 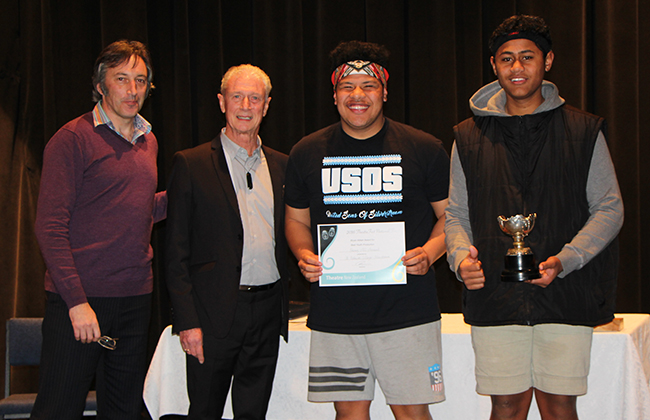 The Bryan Aitken Award for Best Youth Production went to St Patrick's High School Silverstream for "Brown All Around". 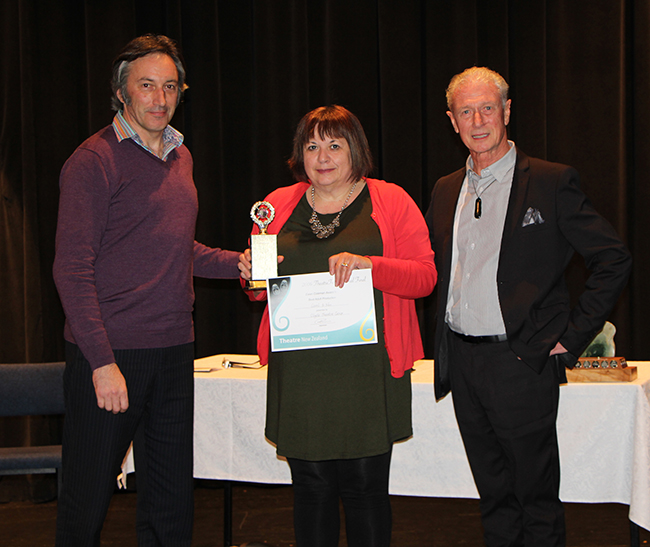 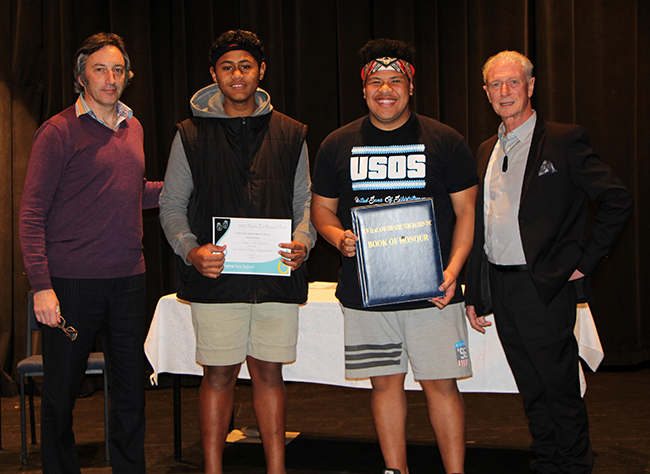 Albert Latailakepa and Manase Taulanga received the Book of Honour for their production of "Brown All Around" from St Patrick's High School Silverstream.

Photos from previous years winners can be found below